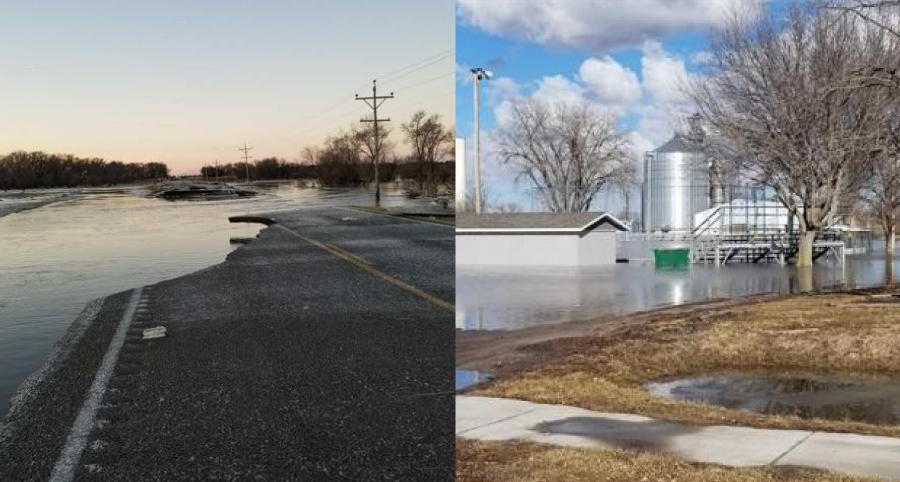 Due to the extent of the damage, Viaero Wireless is offering billing assistance to their Nebraska customers impacted by the storm. Viaero Customers in need of assistance can contact Viaero’s customer service at 1-877-744-1850. Viaero’s Customer Service Representatives are available to discuss your situation and help you maintain their wireless service during this difficult time.

We recently asked two of our community outreach managers who live and work in Nebraska’s communities about the aftermath of the storm. Kristen Martin and Brooke Hendon have both been involved in witnessing the storm’s destruction and in coordinating Viaero’s relief efforts.

Martin described the aftermath as “very sad” and saw “lots of devastation all over.” She personally “drove around Dannebrog” and saw “people’s lives laying out in their front yards because of all of the water.” In terms of what types of aid Nebraskans are most in need of, Hendon responded with “drinking water, food, clothing, cleaning, and pet supplies.” Martin stated she thinks “people just need the necessities for now. Anything will help.”

Viaero Wireless is responding to the relief efforts through its network of local stores and through a partnership with Sayler Screenprinting. Viaero is purchasing several #NebraskaStrong t-shirts. Hendon indicated Sayler Screenprinting has committed to donating $10 from the proceeds of each shirt. The donations will go towards relief efforts requested by the local chambers of commerce. 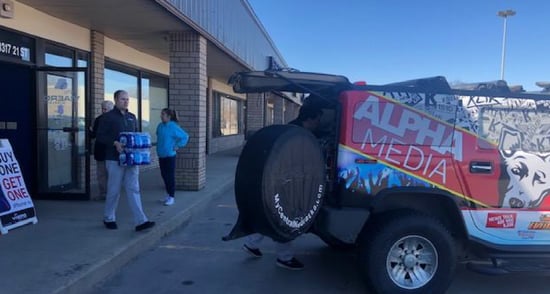 All of Viaero’s stores in Nebraska are going to be set up as donation drop off centers, according to both Hendon and Martin. The stores will be working with several charitable organizations throughout the area and continue to take donations through the first few weeks of April.

If you are interested in dropping off donations for flood victims, click here to find a local Nebraska store.

Preparing for an emergency such as a sizeable storm may be second-hand knowledge to those who live in disaster-prone areas. But guidance can be helpful or even life-saving for residents of areas where mega-disasters don’t typically strike. Having a set of emergency supplies or an emergency kit on hand can help you survive for two to three days, in case emergency responders are unable to reach you immediately.

According to the Federal Emergency Management Agency (FEMA), emergency kits should contain enough food and water for three days for each person. The kits should also contain the following:

Additional suggestions of what to include in an emergency kit can be found on FEMA’s website.

Rural communities in Viaero’s service area are also served by a network of tower cameras. Our tower cameras display weather events and road conditions using real-time video. See what’s happening as dangerous storms and weather conditions progress on our website or by following our Twitter and Instagram accounts @viaerowxcams.

Tell us your thoughts and experiences below.