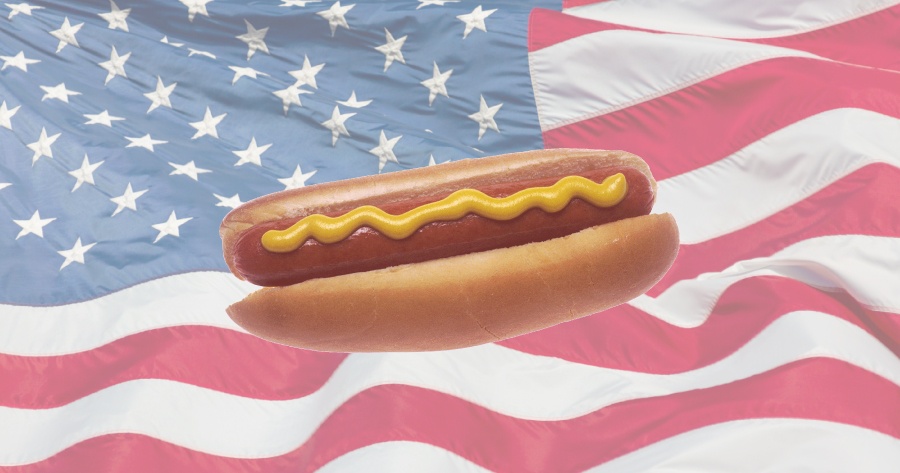 Our Nebraska stores have been busy this summer giving back to Viaero’s communities by sponsoring “Dogs Across America” events. The Wayne store hosted the first “American Hot Dog Tour” event in March and April of this year, as well as the first “Hot Dogs Across the World” event, featuring international style dogs, in June and July.

The events were so successful that more of our stores are beginning to sponsor them. With the proceeds from the “Dogs Across America” events, the Sidney, Ogallala, and Valentine stores have been able to help contribute to college scholarship funds, and provide aid to a local family that lost its business in a fire.

A couple of our Nebraska store managers, Justin Reimers and Crystal Welliver, talked about how their communities benefited. Justin believes the events have been appealing because of the “reaction from the community about Viaero’s involvement in making a difference.”

The team at the Sidney store witnessed a lot of gratitude from community members and the director of the Teammates Mentoring Program. The program will be able to provide $500 dollar scholarships to graduating high school seniors with the added help provided by Viaero and the Sidney team. Crystal’s team in Valentine knew the Miller family as a loyal Viaero customer and thought it would be a good idea to help them recover.

According to Justin, the funds raised by Ogallala in the first two weeks have already outpaced the Sidney store. Ogallala’s funds will be donated to the Wild West Soap Box Derby Association, which also provides college scholarships. 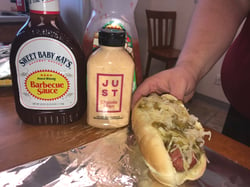 Community members seemed to enjoy the Memphis Style hot dog, the Chicago dog, and the BLT dog the best. The Memphis Style consists of a bacon wrapped braut with BBQ and cheddar cheese. Many residents came back each week to see the next hot dog style.

In Sidney, two of the local banks bought lunch for employees each week. Justin was impressed how even “in tough economic times” the community “came out to support” others. He said it was “heartwarming” to witness “how communities can come together.”

Justin also said “with all of the events I’ve done at Viaero, this was the most fun just because of the reaction from the community, the increased foot traffic, and because I like to make food.”

Crystal stated “I feel that this put a positive spin on Viaero and now people are excited to see us and they want to talk to us.”

Both managers plan on sponsoring the event next summer and will raise money for different charitable organizations within our communities. 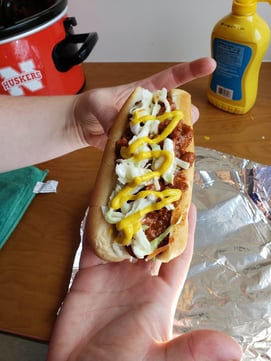 The Scottsbluff store has already planned to sponsor a “Dogs Across America” event, starting August 31st. The community can experience a different hot dog style each week through September 26th. The Ogallala store will be sponsoring the event through the end of August.

According to Justin, he “definitely recommends the event to other stores. It is a little bit of work to put together, but well worth it.”

Interested in attending an upcoming “Dogs Across America” event at one of our stores? Contact the Ogallala and Scottsbluff stores for more information!

Did you attend one of our “Dogs Across America” store events? Share your thoughts on our Facebook page!