Encouraging Our Young Nebraskans to Stay in the State 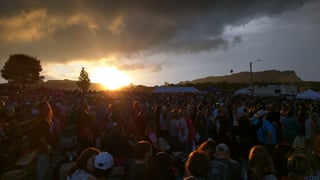 Our wireless customers are scattered throughout the heartland, including many areas in Nebraska. We enjoy seeing our rural communities thrive.  But, over the last four decades, young adults, or millennials, and college students have been leaving Nebraska at a growing rate.

The continued loss of Nebraska’s youth can be most costly to rural areas. When millennials leave, they often take young children with them, resulting in unfilled schools and a slow dying out of the local population, as reported by the Daily Nebraskan.  The Norfolk Daily News notes the migration also includes fire and rescue professionals, agricultural workers, public servants, and other important members of the workforce that rural communities need.

Nebraska communities are stepping up to show millennials the state has a progressive environment with a vibrant and unique lifestyle. Many of Nebraska’s youth are looking for a thriving atmosphere that caters to their career goals and offers recreation and entertainment.

Millennials are looking for a place to call home. Night life, sports and recreation, dining and bar options, and entertainment are a few variables creating a thriving atmosphere for younger Nebraskans. Entertainment and community activities give them chances to get out and socialize. Bars and restaurants can grow from their active social lifestyles as well.

Viaero Wireless gladly sponsors and actively participates in many of these community events throughout Nebraska. We want our Nebraska communities to continue to shine and young adults are a big part of our future. They are the tech-savvy generation and we want to help serve and connect them in any way we can.

The Outmigration of Young Adults in Nebraska

Census data dating back to the 1980s shows Nebraska’s statewide loss of population at about 6%. The loss of 18 to 34 year olds is higher in many parts of central Nebraska, where population loss can be 8% or higher. Between 2000 and 2010, statistics show a glaring migration of 20 to 29 year olds.

The trend of youth leaving Nebraska is up-and-down over the course of 40 years, but recent years have sparked even greater concern for the state. Nearly 4,000 college-educated adults are leaving the state in addition to those without degrees, pursuing opportunities in more metropolitan locales.

There is evidence that many of those leaving Nebraska to start careers in larger urban cities end up moving back to the state when they’re ready to start a family. International millennials have aslo begun moving to Nebraska, but not enough to compensate for the loss of the homegrown population.

Concerts and Entertainment Drawing Millennials Back

The entertainment scene is often a key component of the thriving atmosphere millennials are seeking. They want to see big-name musical artists. Relevant entertainment options will hopefully play a positive role in millennials' decision to move to or stay in rural communities that need their talents.

Several organizations throughout rural areas of Nebraska host events to draw millennials and showcase the region’s diversity, innovation, and promise of professional careers in a fun environment.

Concerts with nationally-known, relevant musical talents are great venues of interest to young adults. Viaero Wireless is especially honored to sponsor some of the concert events over the summer.

We sponsored Good Living Tour via Hear Nebraska, which partnered with community members to host a series of concerts in cities that wanted to showcase and create opportunities for young locals. Their philosophy is to attract the young people of Nebraska that love art and entertainment so they’ll stay to start new businesses and families. The concert series brought stellar, Nebraska based musical lineup of amazing talent to cities in central Nebraska.

Viaero also sponsored the Nebraska State Fair in Grand Island, Nebraska, which took place at the end of the summer. The fair included bands like Thomas Rhett, Lady Antebellum, and Train. We even provided ticket giveaways to locals andmillennials in the area.

The Divots Concert Series in Norfolk, Nebraska, was another event we sponsored. We had a ticket giveaway to the “I Love the 90’s” concert. Many young adults entered this contest, including the eventual winner.

We’re proud to sponsor events that benefit our rural communities of Nebraska, particularly those that appeal to the younger generation of residents who are an integral part of our future.