Why High-Speed Internet is Important in Rural Classrooms

School districts in rural communities can face significant challenges in the age of the digital classroom. Education Dive reports that four percent of public schools do not have high-speed or broadband internet connections. The majority of these schools are in rural communities. While four percent does not sound substantial, the problem is compounded by the fact that many of these schools’ students do not have broadband internet access at home.

These students represent an estimated 6.5 million learners who aren’t able to complete their homework due to a lack of high-speed internet in schools, reports Connected Nation. Due to modern education programs and curriculum requirements, a majority of the homework students receive involves online testing, collaboration in virtual environments, and online research, according to Connected Nation. The FCC’s E-rate program provides funding to schools that need to transition to up to date network equipment. However, some schools have reported problems with securing E-rate funding fast enough or at all.

Funding the Internet for Learning

Affordability, ample access to Wi-Fi in the classroom, and fiber optic networks are the top three items schools need to make improvements, according to industry research. Adequate funding to implement upgraded infrastructure, however, is only part of the complex issue. Continuous or subsequent funding is also needed to maintain network resources.

The history of funding for broadband connectivity for Colorado’s public schools is not strong. Not only does Colorado rank 42nd in broadband connectivity, but the cost of broadband is also ten times higher than it is in other states, according to EagleNet. As recently as this year, the Loveland Reporter-Herald indicated school districts such as Thompson Valley are being charged $40,000 a month for high-speed access. Even in less isolated locations such as Loveland and Berthoud, getting fiber internet connections to all of a district’s buildings can be a struggle.

Yet, many schools need high-speed internet to prepare students for the future. 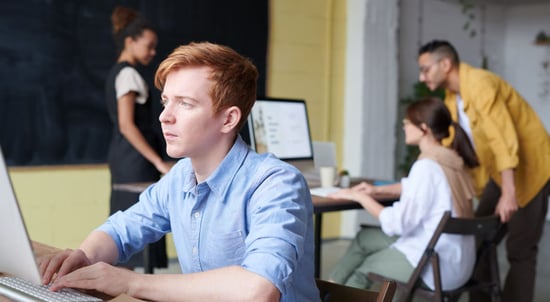 Advantages of the Internet in the Classroom

With a growing emphasis on STEM (science, technology, engineering, & math) curriculum, the higher speeds and reliability of broadband will be needed more than ever. STEM curriculum is pivotal to providing children with opportunities to learn the skills they’ll need to be successful once they graduate. Not only are STEM fields projected to grow, but the skills necessary for these careers are expected to command higher pay rates.

Besides preparing students to meet the expected demands of the future labor market, broadband internet speeds in the classroom can improve and enhance the learning experience.

With adequate funding or the ability to piggyback off municipal infrastructures, public schools can be in a better position to deliver resources that require more bandwidth. 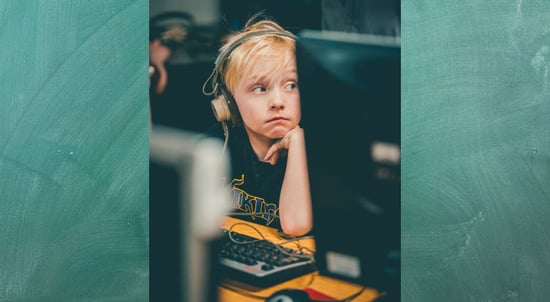 Getting on the Education Superhighway

On December 5th of this year, the FCC announced it will dedicate $9 billion in funding to facilitate the deployment of 5G wireless networks in rural America, according to RCR Wireless. The FCC wants the funds to go directly to areas that are difficult for telecom providers to serve due to limited populations or rugged land. Current FCC Chairman, Ajit Pai, stated that 5G networks will increase speeds, provide more security, and result in fewer instances of latency. Education is one of five top priority areas for the use of 5G in rural communities, reports RCR Wireless.

Increased funding is part of the solution, but ensuring rural classrooms get connected to broadband speeds means having the infrastructure in place to make it happen. Both the public and private sectors will need to collaborate to bring innovative solutions to more remote areas. According to Clarity Innovations, Google launched an experimental initiative to provide internet service to schools in Brazil with hot air balloons.

Known as “Project Loon,” the initiative aims to expand the coverage of cell carriers to global communities that either lack access entirely or do not have enough access. Creative and new ways of delivering high-speed internet may indeed become a viable solution for schools in areas challenged by a lack of infrastructure or funding.