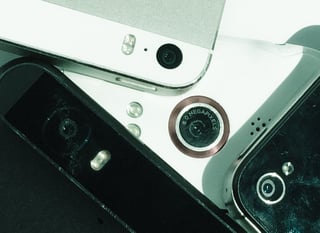 A cell phone isn’t a cell phone unless it’s equipped with a camera. Popular smartphone devices boast the latest features of their built-in digital cameras with the release of each new model. Our mobile cameras can take a basic picture, but there are some other uses too.

The first consumer-based camera phones appeared on the market around 2000. Now, users consider their device’s camera to be as an important feature as any other. Social sharing of images while on-the-go is a widespread activity and cellphone cameras plays an integral role in this daily usage.

Characteristics of smartphone cameras continue to evolve along with all wireless technology features offered to consumers. We’ll briefly discuss eight interesting and creative uses for your smartphone camera with four simple and four advanced items.


4 Advanced Uses of the Cellphone Camera