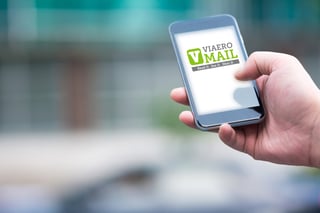 Visual Voicemail is one of many recent mobile features providing users with more efficient use of their devices. Checking and organizing voice messages are tasks made simple when utilizing visual voicemail technology and apps. The feature saves time and serves as a sort of personal assistant when managing voicemail functions.

Smartphone screens serve as a visual interface hosting the visual voicemail tool to users. Instead of listening to each voice message one-by-one, visual voicemail’s interface allows users to see an entire list of messages with tabs to organize and edit them on their mobile screen. Advanced features provide visual transcripts of each message. Visual transcripts give users the ability to quickly read and filter out relevant information in each voice message.

Mobile users without a visual voicemail feature must hear each message in the order they’re received and may have to write down notes of important details along the way. Advanced visual voicemail allows for immediate access to text-versions of messages and ability to organize messages on a smartphone screen interface.

Apple’s iPhone was the first cell phone to offer visual voicemail services. Samsung, Blackberry and other brands have since provided their own visual voicemail features and apps, including cloud-storage platforms accessible via any web browser.

Our visual voicemail app for Android, Viaero VMail, is one of the most popular downloads in our history. The app can be downloaded from the Google Play Store on any Android device. Simplified voicemail management can be enjoyed by users right away.

Our standard Viaero VMail services provide mobile users the ability to see who called, when they called, and listen to messages in a preferred order versus the order they were recorded.

Advanced visual voicemail features, including being able to read voice messages, are offered with Viearo’s Premium Vmail service on Android phones only. The premium service provides increased message storage in addition to text transcriptions of messages.

Learn more about Viaero’s VMail app from our website. Customers can contact the Viaero Care Team to add Premium VMail to their line by dialing 611 from a Viaero phone.