Looking back at the pattern of prices, we can see an overall decline since cell phones first came on the market. Back in the early 1980s, prices for new phones were as high as nearly $4,000, according to Ooma. Although average price points reached a low of $400 in the mid-2000s, prices began to creep back up to the $1,000 mark by 2017. Recently, smartphone prices have climbed past $1,500 again, making affordability a challenge for many.

How are Carriers & Manufacturers Responding?

While wireless carriers have little control over smartphone prices, service providers have continued to offer promotions and financing options to reduce the burden of higher phone costs. Thirty-month contracts that help spread out the cost into monthly payments, as well as free phone and buy one get one incentives are widely available. With less than ten percent of subscribers willing to spend $1,000 or more on new phones, manufacturers have begun to offer more affordable models, according to Business Insider.

Recent models like the iPhone 11, the LG Stylo 5, and the Samsung Galaxy S10e are all priced below $1,000. While models and price points like these increase the number of affordable phones for consumers, many subscribers wonder why smartphone prices are on the rise. Among consumers who have owned cellular phones for a while, there is also some confusion as to why there aren’t as many free phone options, especially for new or flagship models. 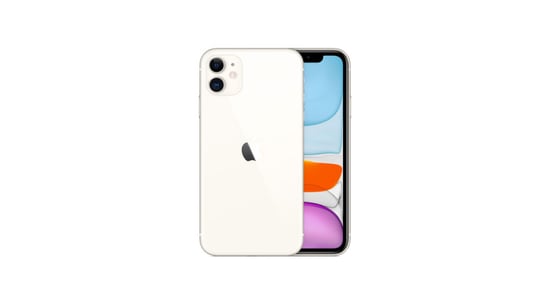 The Verge reports that one of the reasons why smartphone prices are climbing is manufacturers are not selling as many units. People are keeping their phones longer and not upgrading as often. A second reason is higher production costs, especially as options like dual-screens, foldable phones, high-tech cameras, and enhanced operating software comes on the market. A third reason is normal inflation, which impacts both the costs sustained by manufacturers and the price points companies like Samsung and Apple set for consumers.

What About Profits or Markups?

Producers’ profit margins are estimated to be slim. Production costs for flagship phones hover near $500 per unit and manufacturers also have marketing/distribution and research and development expenses. Wireless carriers make little, if any, profit from the sale of smartphones. To gain or retain subscribers, service providers often take an initial loss on the costs paid to the manufacturer.

As average prices for flagship phones have risen, the demand for these top-of-the-line phones has declined, according to Computerworld. In contrast, the demand for affordable phones or lower-priced models has not gone down. As the differences between new and older flagship models become smaller, consumers are less tempted to upgrade. As a result, overall global sales for smartphones in 2018 only went up by 1.2 percent.

Some regions like North America have seen some of the highest declines in demand, while some brands like the iPhone have also experienced sharper drops. To remain competitive, more innovation will be necessary to justify higher smartphone prices from the consumer’s perspective. However, the demand for lower-priced phones that cater to basic needs will remain strong.

With average price points for flagship phones at or above the cost of a monthly mortgage or rent payment, the market for these phones is predicted to remain small. Without manufacturer rebates or longer carrier financing/contract options to spread out the cost, flagship phones will continue to be perceived as “out of reach” for most consumers. However, as wireless network technology changes, there will be a need for the technology in our smartphones to evolve. Manufacturers may need to find more ways to reduce costs or only integrate essential new technology.

Thinking about upgrading to a new smartphone? Check out all the ways you can save with Viaero’s current deals!